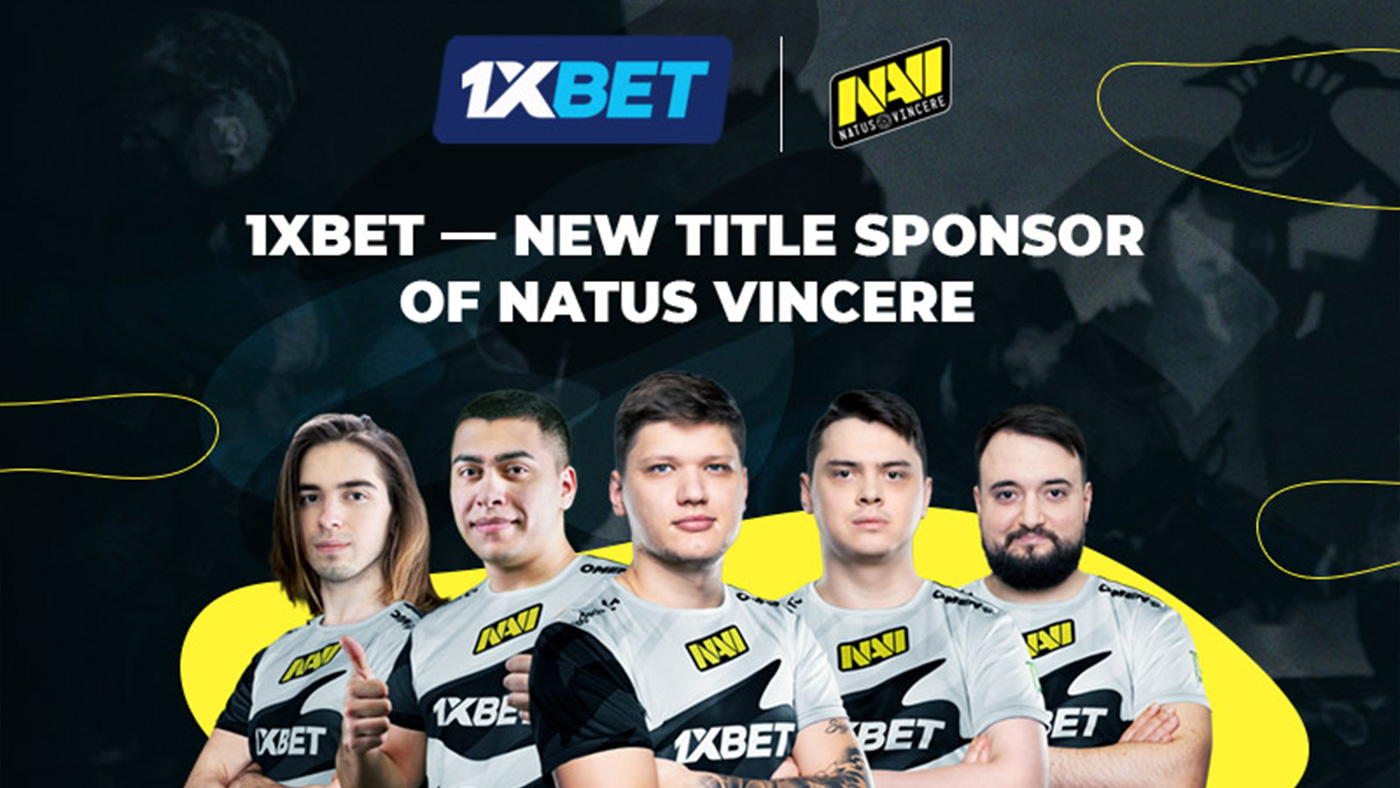 NAVI, an esports organization, and 1xBet have entered into a title partnership agreement that has the two organizations partnering for a minimum of a year.

xBet has many big brand partnerships such as with the likes of Spanish La Liga, the Italian Serie A and Barcelona football club. 1xBet is a gaming and technology brand has 12 years of experience and has offices across the globe, based in Europe, Asia, Africa, and Latin America.
The title agreement will see 1xBet providing NAVI teams with support in other disciplines such as CS:GO, Dota 2 as well as some of the other popular annual esports tournaments.

The two brands will be offering rewarding promotions and other such campaigns. Both parties are confident that this partnership will be a boost to both of them.

“If I had been told recently that NAVI would work with 1xBet, one of the largest betting companies in the world, and a partner of such an iconic club as FC Barcelona, I would not have believed it. Now it has become a reality and the partnership between Natus Vincere and 1xBet inspires us incredibly. Welcome to #NAVINATION! ”

“1xBet has been focusing on supporting esports for many years, which is one of the fastest growing betting industries. Competitions in various disciplines daily attract the attention of hundreds of thousands of fans from around the world.
We really like this dynamic field of interest and 1xBet was attracted by the idea of cooperation with an esports organization which is known throughout the world. The full name of the team Natus Vincere means “born to win.” This perfectly describes our audience – players who bet on eSports and other sports with 1xBet every day ”

1xBet was established in 2007 and has quickly come to be known as one of the front runners in gaming and technology. The brand has quickly spread its wings and now has offices in Europe, Asia, Africa and Latin America.
At 1xBet, visitors will find a massive offering of esports events that can be bet on either pre-match or live.

True to their name Natus Vincere, meaning “Born to Win”, NAVI has become one of the most successful esports teams in the world, with more than 40 wins covering multiple esports tournaments. Further to this, they have set some world records, some of which have not yet been broken.

Some of the top disciplines that NAVI has shown dominance include Counter-Strike: Global Offensive, Dota 2, PUBG, Rainbow Six, Apex Legends and more.