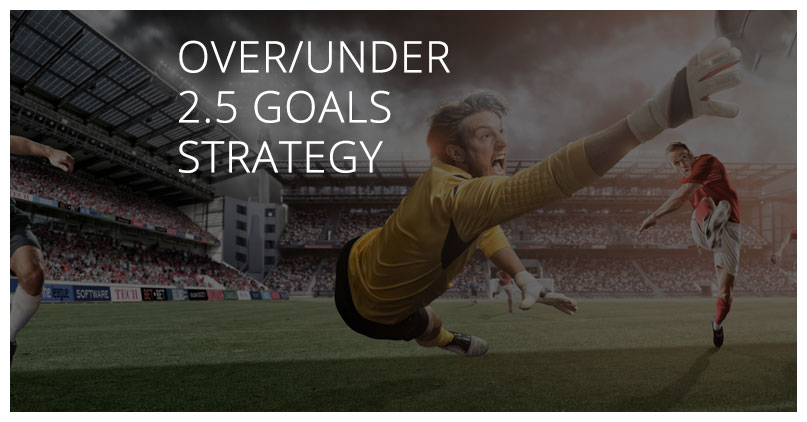 Every football fan loves and wants to watch interesting and effective matches, and as you well know the main goal in football are the goals. That’s why the over/under 2.5 goals bets are so popular and preferred by Bettors. With this bet type you are abstracted from the final winner and the only thing you are interested in is the total number of goals in the whole game. Let’s give you a brief explanation for those of you who are not so familiar with those type of markets. For bets on over/under 2.5 goals your winning odds are 50%, which means that is your bet is either a winning or a losing. We make this point because some of the bookmakers (see who), offer the ability to place, for example, over/under 3.0 goal line, where exactly with 3 goals in the match your stake is refunded.

In order for your Over 2.5 goals bet to be your winning one, there is a need for your chosen match to have a score of at least 3 goals. Even at 4, 5 or more goals, this does not change the circumstances – you are already winner. If you bet for under 2.5 goals, you win at 0, 1 or 2 goals in the match if the goals are 3 or more – you lose.

Over/under 2.5 goals markets are extremely popular and attractive for betting, with good odds, but in order to be profitable in the long run, you need to explore the games you have chosen to bet in detail. To make it easier for you to bet on Over/under 2.5 goals, we at whalebets.com will provide you with several components on which to pay attention when choosing a match on witch you will place your bet. As for the finish we have described our computational formula that will confirm your choice for a bet. Trust on statistics, it is the key to success. Stop betting blindly and rely on luck. We at whalebets.com are your friends and we are here to help you become more successful in the long-term winning!

Components in choosing a bet to over/under 2.5 goals

Count the total number of goals scored in the last 5 matches of team A as host and Team B as a guest. Divide the resulting sum to 5, and if the resulting number is greater than 5 is better to bet for over 2.5 goals in the match, respectively if the number is less than 5 you bet for under 2.5 goals.

Example: we decide that we will bet on over/under 2.5 in the match between the teams Everton and Leicester City. We take the last 5 games of Everton as host and last 5 of Leicester City as a guest.

The total number of goals scored and conceded goals of the home team in the last 5 matches as host is 22.

In which leagues to bet Over 2.5 Goals

In the 120 played games in the past season, 93 have completed with 3 or more goals, making 77.5% success and bringing the Brisbane League to the top

The Norwegians in the lower divisions have always been very successful. Of course, in this division, the odds offered by bookmakers over 2.5 goals are of lower value, but a better winning bet at a low odds than losing high 🙂

Amateur teams from the lower divisions of German football have always offered successful matches. One tip from the team at whalebets.com – be careful for over 2.5 goals in the winter months where the quality of the terrain is getting worse and performance in matches drops dramatically.