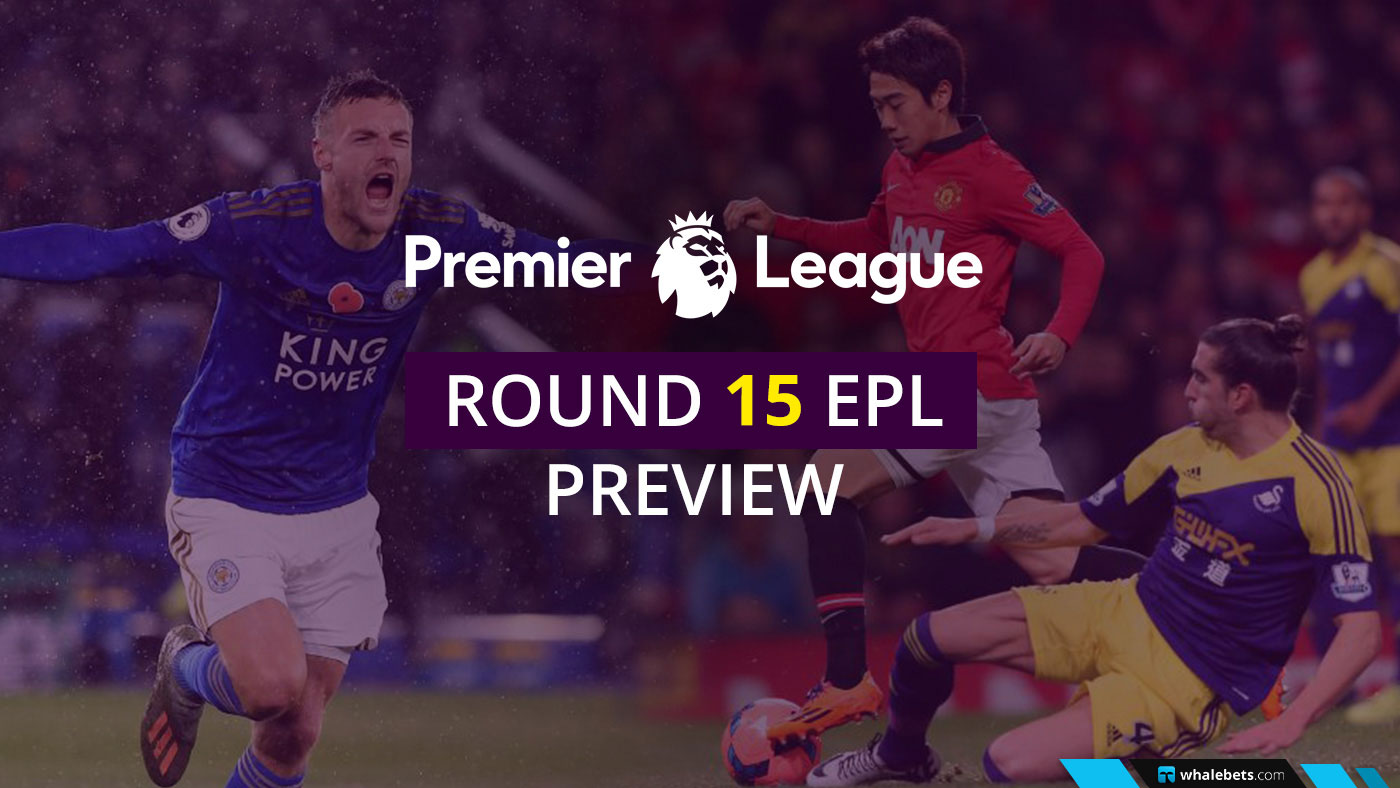 Crystal Palace entertain Bournemouth in a home match after finally getting a win in their last match against Burnley. Wilfried Zaha impressed during the away win and the Eagles leapfrogged Bournemouth by securing the 3 points. Now the 2 teams will clash in London with the Cherries in need of a win after 3 consecutive losses saw them drop in the table. Speculation over Eddie Howe’s future continued to grow and it remains to be seen whether he will remain in South England for more weeks.

Burnley will entertain champions Man City knowing that both teams will have disappointment to swallow after Burnely lost at home over the weekend and City only drew away at Newcastle. Jonjo Shelvey scored a late goal to cancel City’s lead and the champions lost more ground to Liverpool in the race to retain their title. Pep Guardiola will have to cope with the absence of Sergio Aguero and Jesus needs to start scoring if City are to remain close to their title rivals.

Leicester continue to impress and many people are comparing Brendan Rodgers’s side with the champion winning side a few years ago. The Foxes are the only team keeping pace with Liverpool and Jamie Vardy and co. will be hoping to have the same form at least until Boxing Day when they will face the Reds from Anfield at their stadium. James Maddison and Youri Tielemans continue to orchestrate the game from midfield and if Watford want to avoid a defeat, they will need to stop them.

Wolves entertain West Ham and the home side is sitting comfortably in the upper stages of the rankings after qualifying for the knockout stages of UEFA Europa League. Wolves rely on the goals of Raul Jimenez and if West Ham would want to get a good result, they will need to man mark him well. The Hammers secured and impressive win against Chelsea and 33-old David Martin made his debut in goal and kept an impressive clean sheet.

Jose Mourinho returns to his former club after securing back to back wins with his new side Tottenham. The home side is continue to struggle and the youngsters from Old Trafford can not live up the expectations. Back to back draws against Sheffield U and Aston Villa are continuing to make distance from the Top 4 and Man United’s point tally. Ole Gunnar Solskjaer could become under pressure if he fails to establish United in the European places and for the time being it’s becoming more realistic.

Chelsea will be willing to avoid the disappointment yet again after the surprising loss at the hands of the West Ham and Frank Lampard’s side should return to winning ways. The Chelsea manager will want to get a revenge because his Derby County side lost the Play-off final against Aston Villa in May. After the defeat, Lampard joined the team where he made a name as a footballer and his Chelsea revolution started to grow.

Southampton face yet another relegation candidate after winning against Watford over the weekend. The Saints will have to play against different teams involved in the relegation battle and must threat them as Cup finals. James Ward-Prowse scored the crucial goal to win the game for Ralph Hassenhuttl’s side against Watford. Norwich played well against Arsenal over the weekend but only managed to get a draw, but every point matters and the Canaries will fancy their chances.

Prediction: Draw or Win for Norwich

Liverpool face Everton in another thrilling Merseysde derby when both teams are entering the match on a different form and mood. The Reds are unbeaten this season and aim to win the Premier League for the first time since it’s forming, and Jurgen Klopp is turning his side into a force to be reckoned. The Toffees lost at Leicester and the future of Marco Silva is doubtful and another defeat in the derby will certainly add pressure to the Portuguese manager.

Sheffield United are unbeaten in their away matches and are performing above expectations. The Blades already built strong foundation to stay up this season, but Chris Wylder will certainly demand more from his ambitious side. The Magpies managed to get a draw in their last match against Man City, but Steve Bruce’s side away form is not impressive so they should be wary of the threat the Blades are going to impose.

Arsenal will begin new era after the sacking of Unai Emery and the Gunners will certainly aiming to win the home match against Brighton after failing to win against Norwich in the weekend. Freddie Ljunberg will have to count on the wider squad involving experienced and youth players and inclusion of the likes of Ozil, Xhaka and David Luiz certainly shows that. Brighton deserved at least a point at Anfield after their impressive second half display and now the Seagulls will want to replicate the impressive performance.