Home » Blog » Is there a way back for Maurizio Sarri in Chelsea?

Is there a way back for Maurizio Sarri in Chelsea? 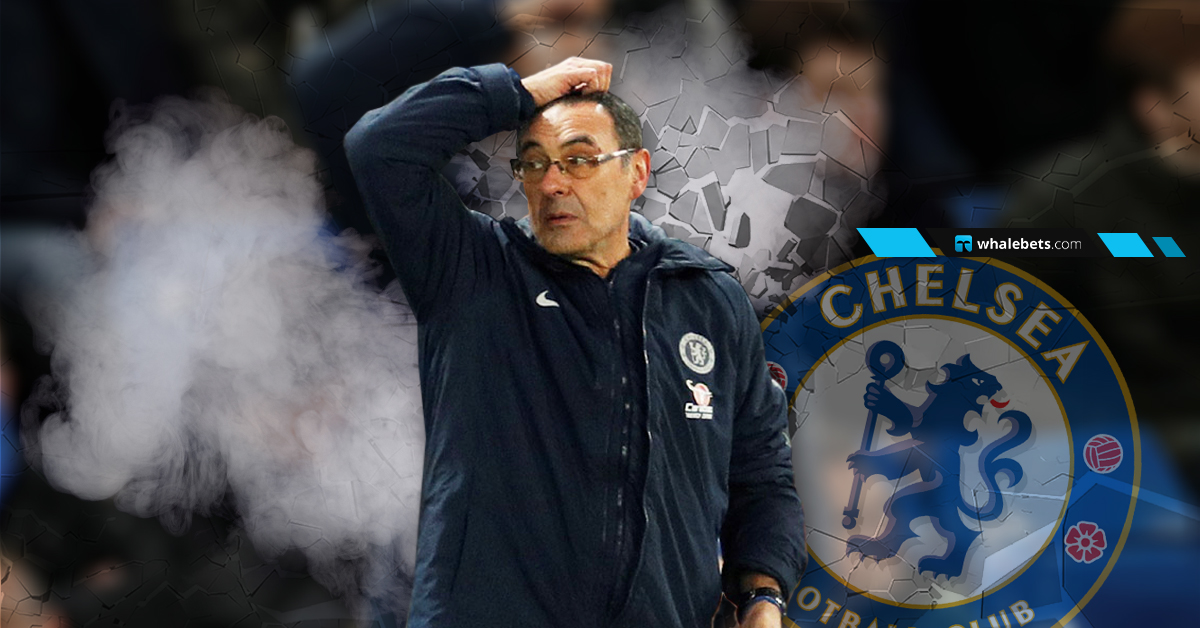 After yet another disappointing defeat at the hands of Everton, Sarri’s position at Chelsea is again under big threat. How come it came to point where the Italian lost the dressing room, the backing of his own fans and the playing system is apparently simply not working. The so called “Sarri ball” came to crashing defeat and the heavy defeat against Manchester City was one of the lowest points Chelsea felled under the Roman Abramovich era. The owner have past experience in not committing to the under pressure managers and it’s up to be seen whether the Italian will keep his job after the International break.

Can we see Gianfranco Zola finishing the season and sitting all by himself at the dugout against Cardiff in the next Premierleague match. Not everything is lost for Chelsea though, the Blues are still in the Europa League and will face Slavia Prague at the ¼-Finals with prospect of reaching Semi Finals. In the league the 3 points deficit to 4th placed Arsenal is a small margin which can be overturn. But will Sarri still be in charge, it’s interesting to be seen?

Chelsea forward Pedro has opened up about the difficulties of playing under Maurizio Sarri and addressed the rumors of a player revolt after the humiliating defeat to Manchester City. “All the team follows the idea of Maurizio: press really high, stay compact, and to create chances. With good possession, a lot of the ball. We can do this as a team,” Pedro explained, as per The Independent.” But sometimes it’s so difficult to play in this way. It depends upon the opponents. City played very well, so it was so difficult to press, to create between the lines and to defend.” But it’s Maurizio’s idea, and I prefer to press high when we recover the ball to create chances, not to wait for 90 minutes to recover the ball and run 60 meters to score the goal.

“In the last few games it’s not been in very good condition for the results. Now is a good opportunity tomorrow to win and get our best confidence.”
“I think it is always difficult for every manager when you arrive with good motivation and ambition,” Pedro said. “It’s not just in the Chelsea dressing-room. For all coaches, it’s difficult. “It’s not good for [Sarri] and the team because the results have not been good, but it’s good for us to change this dynamic now [in the Europa League].”

Chelsea defender David Luiz has revealed Maurizio Sarri has confronted his players over the toxic atmosphere in the dressing room. But the Brazil international insists the Italian coach has the backing of Blues players despite poor results as, when challenged, none of them voiced any concerns. Luiz concedes his side were outplayed by City in every aspect, but insists Chelsea are still a work in progress and that a bright future lays ahead of the club. He added: “We lost against maybe the best team in the world at the moment in Manchester City. They were better than us from the beginning to the end. We lost a few matches because it is part of the process. The teams that are at the top of the table now are ones with managers who have been there for more than three years.”

The bigger picture for Chelsea is beyond this season. Regardless of the fact whether the Blues are going to qualify for the UEFA Champions League – via the league or via Europa League, Chelsea must reconsider their transfer policy. Having said that, no manager before Sarri stamped his authority on deals and Chelsea loaned too many players that could have been handful for them. The fact that the FA changed the rules for loaning players because of Chelsea speaks its own story. With transfer ban about to come in and the likes of Hazard, William and Hudson-Odoi wanting out, the bigger battle and important decisions must be taken by the Blues hierarchy sooner or later.

For the latest news, analyses and coverage, don’t forget to follow our latest blog posts.