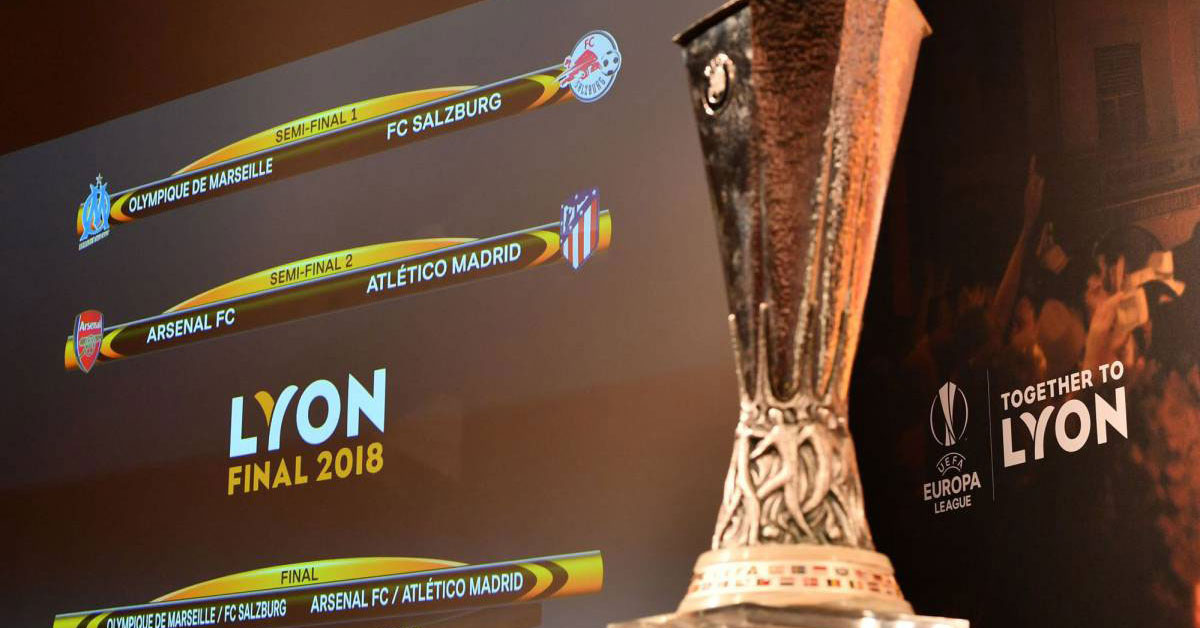 Huge European matches are coming our way once again and the drama is guaranteed as 4 teams are just 3 matches away from lifting the Europa League trophy. Arsenal lock horns with another heavyweight in a mouthwatering tie against Atletico Madrid in a bid to make a farewell to remember to legendary Arsene Wenger. Diego Simeone and his side are definitely a huge ask, having experience in the tournament and being undefeated since they joined the tournament in February. In the other match, Olympique Marseille will be looking to make most of the French home advantage in the Final, as the last game is going to be played in Lyon. Against them will be the surprise package of this years cup – RB Salzburg who caused a great comeback against Lazio in the Quarter-finals.

Both teams face each other in the group stages of this campaign and Marseille failed to win and even score against their Austrian opponents. The game in Austria finished 1-0 for the hosts and the return tie 0-0 in France. Rudi Garcia is enjoying rather a good season with his team and will be hoping to add a European final to the potential Top 4 finish in Ligue 1. The French team will be hoping to gain an advantage as they are hosting the first leg and will be hoping to score a couple of goals to give them an edge over Salzburg. The Austrian champions are above their opponents in the official rankings and have plenty of experience in the past few seasons in the UEFA Europa League, but definitely, the potential of the Marseille players is bigger. The likes of Florian Theuvin and Dmitry Payet will be hoping to represent Les Bleus at the World Cup so potential European final and eye-catching performances in these latter stages will be great. Salzburg is a team that can cause surprises, so their counter attacks are going to be vital coming into the game.

The last games of the season will be pretty emotional for Arsenal and English supporters because of the fact that Arsene Wenger`s reign is coming to an end. The nostalgic atmosphere was there to be seen in the last home game against West Ham in the weekend. The Frenchman will leave a big legacy 21 years after he joined and turned Arsenal into a European force. The one thing the iconic manager failed to achieve is to win a European tournament, having lost 2 finals in which his side participated – against Barcelona in the Champions League and against Galatasaray in the UEFA Cup. Arsenal and Atlético Madrid will meet competitively for the first time in the semi-finals of the UEFA Europa League, in the first leg of a much-anticipated contest between clubs from the capital cities of England and Spain. The fixture is the 102nd and final European home game for Arsenal manager Arsène Wenger. Both Arsenal and Atlético survived second-leg scares in the quarter-finals, the Gunners eventually prevailing 6-3 on aggregate against CSKA Moskva (4-1 home, 2-2 away after trailing 0-2) and Los Colchoneros edging Iberian rivals Sporting CP 2-1 over the two legs (2-0 home, 0-1 away). Arsenal is making their UEFA Europa League debut this season. Their last European campaign outside the UEFA Champions League was the 1999/2000 UEFA Cup, which ended with a penalty shoot-out defeat in the final against Galatasaray. In-form Danny Welbeck and Alexandre Lacazette will lead the line as the Gunners will be looking to cause problems to Atleti’s defense. Last years winners were Manchester United, so could we see another English champion or Diego Simeone will add a 3rd
Europa League trophy to his cabinet? 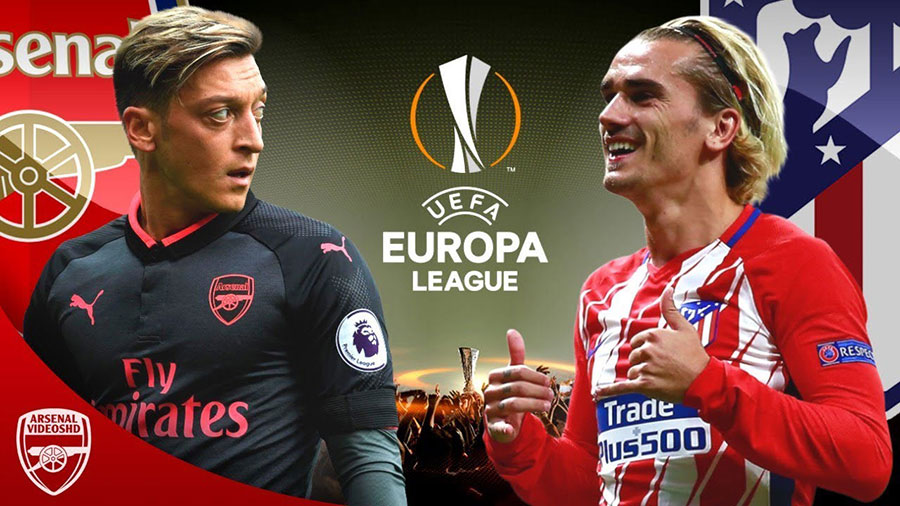 We are now providing 3 Free Daily Tips each day, don’t forget to check them out and let`s bust the bookies together.