European best 4 teams were decided a fortnight ago and we are going to see which of the teams will make one step closer to the final game in Kyiv next month. Liverpool is hosting the sensation of the tournament Roma and European heavyweights are facing again each other in Munich for another Bayer v Real classic. So will Real claim a historic 3rd title in a row or can one of the other teams put a dent in their hopes for eternal glory?

Jurgen Klopp’s side has the history behind them as the two sides face in a Semi-Final maybe even their hardcore fans didn’t expect. Both teams won against the odds against Manchester City and Barcelona respectively and will be hoping to reach the final – Roma for the first time since 1984 and Liverpool – 2007.

The Italians last major European campaign was the opponents’ last meeting and the Reds from Anfield won on penalties their fourth European Cup. Many things changed since then in English and Italian football, but still, two of the most prestigious clubs are now on the verge of qualifying for the final of the European biggest competition.

Jurgen Klopp handed some of his star players a rest over the weekend and the Reds drew 2-2 against possible relegation candidates West Bromwich Albion. Emre Can and Joel Matip couldn’t play due to injuries and will again miss out leaving Van Dijk and Lovren to partner in the center of defense with Henderson and Oxlade-Chamberlain in midfield. Trent-Alexander Arnold and Andrew Robertson will possibly occupy both full-backs positions despite being inexperienced in the European games, both impressed against City attacking power in the previous round. Liverpool will again rely on the potential of the trio Salah, Firmino and Mane and will look to attack from the off.

Roma won easily over the weekend and Eusebio Di Francesco gave experienced players a much-needed rest – Dzeko, De Rossi, and Kolarov missed out but will all start on Tuesday at Anfield. Dzeko said before the match that he was right to snub a January move to Chelsea and will be hoping to reach his first European final. The Bosnian forward will be no new face for the English fans, as he is returning after a successful spell at Man City. Edin Džeko scored three goals in 11 games against Liverpool during his four-and-a-half seasons at City, but none of them came in a victory.

It will be also interesting to see how Mohamed Salah will play against Roma after leaving for Liverpool in the summer. He has scored 29 Premier League goals this term, as many as he managed in two Serie A campaigns for the Giallorossi (14 and then 15). The only question for the Roma staff will be if teenage Turkish sensation Ünder to start knowing that his defensive contribution is not that high and that might provide Liverpool with an easier way to get that much needed 1-st leg advantage. 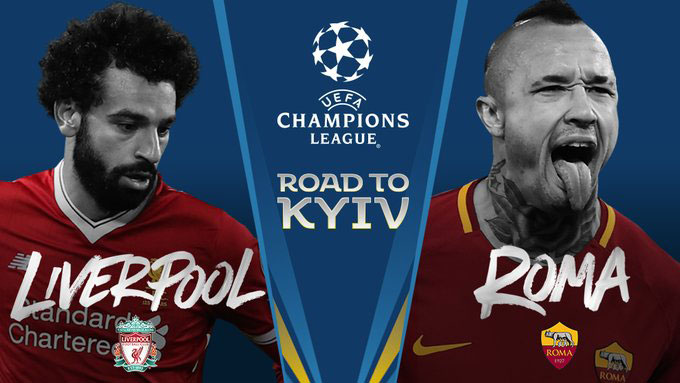 Prediction: BTTS and over 2.5

Jupp Heynckes against Zinedine Zidane, Robert Lewandowski against Cristiano Ronald, Bayern against Real – or how one of the most iconic European clashes again must decide whether the German legendary coach Heynckes or Real will write another golden page in their industrious past.

Real defended their trophy after success in the Cardiff final last year and now are only 3 matches away from making it 3 in a row in an achievement many thought to be impossible. Led by iconic Cristiano Ronaldо, Real impressed in Italy in the previous round only to avoid a defeat thanks to a controversial last-minute penalty. Michael Oliver’s decision to give Real a spot kick was highly discussed and overshadowed the fact that Real was simply not good enough and probably deserved to go out.

Björn Kuipers will be in charge of the game at the Allianz Arena and all of us will be hoping that he will have no impact on the scorline whatsoever.

Bayern will be hoping to gain advantage of their Semi-Final exit in 2016/2017 season. To add to that, Bayern have crashed out in the past 4 season all against Spanish opposition. This is Madrid’s record eighth successive UEFA Champions League semi-final, while Bayern are in the last four for the sixth time in seven seasons. Bayern made it a record six Bundesliga titles in a row with a 4-1 win at FC Augsburg on 7 April, claiming the championship with five games to spare. They were 3-0 winners at Hannover 96 on Saturday. It’s up to be seen whether local dominance will play against the Munchen club again, because like many experts touted winning so easy at home soil can backfire in Europe. But if Heynckes and his team have learned their lessons, the Bayern club have the chance to even make a splendid triple – as they are playing on German cup final next month as well. Sergio Ramos is available again after serving a one-match ban and it will be interesting to see whether, with him, Real will look more solid at the back. Madrid have lost only one of their last 16 away matches in all competitions (W11 D4), going down 1-0 at RCD Espanyol on 27 February. That was the last game in which Madrid failed to score, and the only one of their last 21 fixtures in which they failed to find the net. 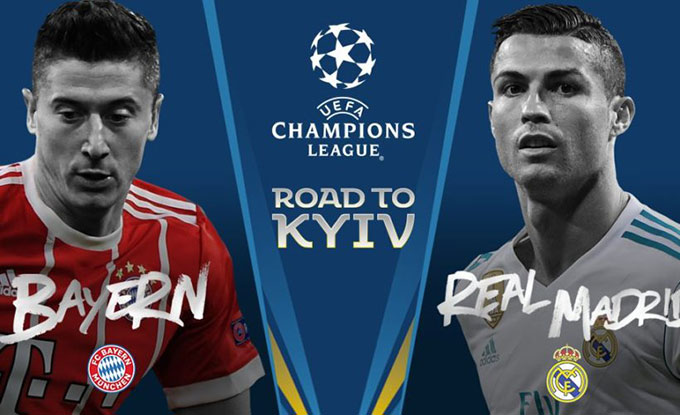